Organic food or conventional- which is healthier?

When it comes to the food choices that we make, there is a lot to consider; certainly, much more than in centuries past, when finding enough food to eat was enough to worry about for the vast majority of people. However, food is much more available today than it has ever been and this has opened up a wider range of opportunities for people to make dietary decisions.

In these decisions that we have, there is the consideration of food quality and the health benefits of different foods. Whether an individual is making a smoothie or looking to prepare a gourmet meal, chances are that they want to select the best ingredients possible and this leads to an issue that so many people will face when they are making their food purchasing decisions. This issue is the question of whether organic food is healthier than purchasing the more common conventional product.

This is actually a fairly complex question and there is a lot to unpack before you can come close to providing an honest answer. Much of it actually comes down to the specific products that you are considering, how the food is prepared and the way in which the food is handled and treated in the time from when it leaves the farm to when it ends up on the consumer’s plate. 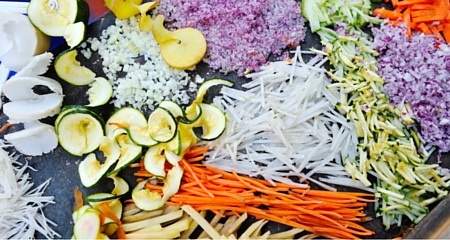 In general, you are going to find that the average organic diet is healthier than the average conventional diet, but there are factors in there that make a difference. A conventional diet may include foods that have a lot of chemical preservatives, they might have additives like high-fructose corn syrup, or they could be processed in some way that diminishes the nutritional content of the food. When you compare these diets to those that are exclusively organic, then there is no question that going for organic foods is the healthier option.

On the other hand, when you compare organic foods to their exact conventional counterpart, the differences start to become less clear. If you are comparing apples to apples, an organic apple is going to have the same nutritional value as one that was grown conventionally. With that being the case, if you were to construct two separate diets where the individual were to get a variety of fresh fruits and vegetables and quality meat products where the only difference is that one diet is organic and the other is conventional, you are essentially going to get the same health benefits regardless.

If you are talking produce, then there is one difference that could be considered. With organic produce, the food will have lower percentage of pesticide residue on the food. Now, with both conventional and organic, the levels of pesticide residue are going to be well below the quantity that would be considered harmless, but it could be a factor that may cause concern among some individuals.

With all of this being said, an organic diet tends to be healthier because it includes foods that are fresher, free of additives and unlikely to be processed in ways that can reduced the nutritional content of the food. However, you can make a healthy diet with conventional foods if you make smart choices. Stay away from the canned foods and foods that are heavy in preservatives and instead, go for the fresh produce and meats that have not been processed.