What is Fair Trade Food?

You might have heard of the term “fair trade” but, like many people throughout the world, you simply don’t know what it is. You probably know that it’s important though, as even the name suggests that it’s something you should certainly care about. Well, this article is designed to let you know all about this fantastic concept, from what it does, all the way through to the people that it helps.

What is Fair Trade?

Essentially, fair trade food is a scheme designed to help the poorest farmers and farm workers of the world, who are often completely ripped off for their produce. What’s more, the workers at these farms can work in horrific conditions, with no health and safety, and only get paid minimal amounts of money each day. When you see a product with a Fair Trade sticker though, you know that the producers – and their staff – are being treated fairly, and really working towards building a better community. 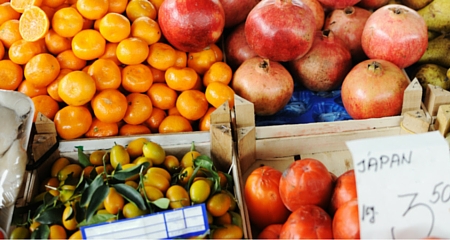 By purchasing Fair Trade products, you are ensuring that the money goes straight to the source – back to the people who really need it. It’s not a small amount of help either, as Fair Trade currently helps over 1.4 million farmers and workers throughout the globe, who produce crops varying from bananas through to tea, and from flowers through to rice.

Who Does It Help?

Fair Trade currently helps farmers and workers in 74 countries throughout the world. These countries are mainly found in continents such as Africa and Asia, where the plight of farmers is most widely seen. India has the largest number of certified farmers, with over 370,000 people benefitting from the work carried out by Fair Trade. Kenya and Ghana also have large numbers of Fair Trade farmers as well.

Fair Trade is a relatively young organization, meaning that the real impact won’t be felt for a number of years yet. Evidence does support the theory that it’s already having a benefit though, with communities now more empowered to negotiate with buyers, richer thanks to the better prices, and safer, thanks to the increased health and safety that has been implemented. What’s more, Fair Trade has already helped to increase the environmental health of areas, through better pest management and reducing greenhouse gas emissions.

As already stated, the real benefits are yet to be seen though, as they’ll come when the current generation’s children are older and working on farms themselves. Fair Trade is also brutally honest, and admits that it needs to do more in certain areas, such as empowering women in certain communities, and progressing faster towards a living wage.

How You Can Buy Fair Trade

Next time you visit the supermarket, look out for any products with the Fair Trade sticker on them, as they have been produced to conform with Fair Trade’s standards. Even if they cost a tiny bit more than the other products on the shelf, isn’t it worth buying them anyway, as you’ll have the knowledge that you’re actually helping to make a change in the world?